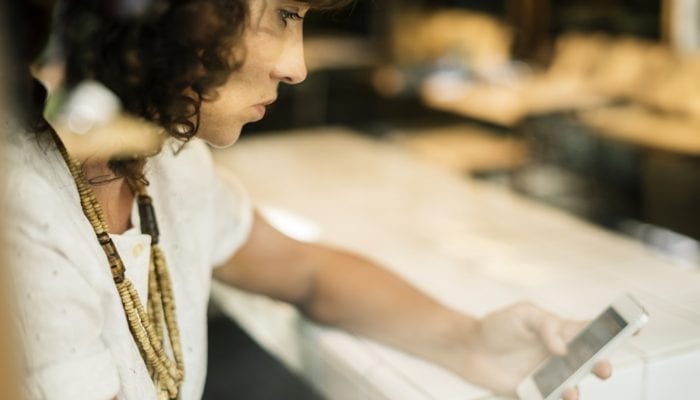 A 2018 study in the Journal Emotion links teens who spend more time on their smart-phones to being unhappier.What are the potential side-effects of excessive mobile use in 2018 and how can we make sure that we use them in a healthy way?

What are the effects of excessive mobile phone use?

Can reduce attention-span and intelligence

A study discovered this by putting University students through a series of tests. Phones were put at different times on the desk beside them, hidden away in a bag or else in another room. The results continuously proved that the further the phone was away from the student, the better the performance that was recorded.

A study published last year links adolescents who used their phones after 9pm with poorer sleep quality. Other studies have linked phone use to taking longer to get to sleep, disturbed sleep and insomnia.

Can increase risk of depression & stress

A study found that there was an increase in depression rates in teenagers. The research also found that teens who spent at least five hours on phone each day were more likely to have a risk factor for suicide. Excessive smartphone usage was found to be linked to an increase in the concentration of gamma amino butyric acid in the anterior cingulate cortex of the brain.

Researchers at the University of Gothenburg Sweden conducted a study on the link between excessive phone usage and mental health symptoms in young adults. Participants were within the age range of 20 to 24 years. They were asked to respond to a questionnaire, in addition to a year’s follow-up. It was discovered that high usage of mobile phones was associated with depression symptoms (and insomnia) in men. Studies have consistently shown that the high frequency of mobile phones can negatively impact on our stress levels. A mobile phone user can be placed on edge by the persistent vibrating alerts, reminders and ringing.

Finally a systematic review was carried out of the literature of smartphone behaviors. Dr. Jon Elhai and his colleagues examined 23 peer reviewed articles that investigated the link between smartphone usage and depression/anxiety symptoms. The researchers discovered that excessive usage of smartphones was linked to mental disorders. The more the participants used their smartphones, the more likely they were to experience symptoms of depression and anxiety. It is likely that the addiction linked to excessive smartphone usage bears a close semblance to internet addiction. Most people feel satisfied checking their apps and notifications. Some people may become too attached to this that they resort to compulsive checking on their phones. Such behavior becomes stressful in the long term leading to worsening symptoms of depression and anxiety.

Can compromise the immune system

In a study conducted at the University of London School of Hygiene & tropical Medicine, researchers studied 390 mobile phones and hands. Results showed that of the total number of phones sampled, 92 percent had bacteria on them, and 82 percent of the hands sampled also had bacteria on them, specifically E. Coli. Germs can easily accumulate on the handset of a mobile phone due to the incessant touching. The residue, which may be oily and greasy can serve as a reservoir for disease-prone germs. It should be noted that germs on a phone have been found to be more in population on a phone than those found on a toilet seat.

Radiofrequency electromagnetic radiation, produced by mobile phones are capable of causing disruptions to the body’s cells. Phone radiation impacts negatively on male fertility in two major ways:
• It alters the hypothalamic, pituitary, thyroid, ovarian/testicular axis. This axis is essential for optimum reproductive function. The implication of this disruption is that male reproductive function is grossly affected. The sperm is most heavily affected.
• The electromagnetic waves emitted by mobile devices a direct, oxidative and physical impact on cells that are in close proximity to the radiating device.

Studies have also shown that fragmentation of sperm DNA are significantly altered in subjects who use the mobile phone for at least four hours daily and in particular for those who place their device in their trousers pocket.
Women need also to be cautious because a disruption of the hypothalamic/ovulatory axis can cause fertility and ovulatory challenges for them also.

Can potentially cause cancer

Results from this study are inconclusive and ongoing – the reports will undergo external peer review by an expert panel on March 26-28, 2018. In the study, researchers from the National Toxicology Program exposed rats to exceptionally high levels of mobile phone radiation. A group of rats was not exposed and this served as the control. It was discovered that the male exposed rats developed tumors in both the heart and the brain. The rats that served as control did not have any tumors.

How can we keep phone use a healthy habit?

Set defined periods of separation from your phone:

• Keep out of bedroom (An hour or longer before bedtime, put your phone in a safe place outside of your bedroom.)
• Buy a bed-side alarm clock.
• Do not have it beside you at meal-times.
• Turn off all app notifications. Check manually for updates instead.
• Set defined periods for checking your text messages & notifications at specific times during the day.
• Put your phone in a drawer or better still in a different room in order to give your brain a boost when you are working.
• Tell friends that you are cutting back to reduce expectations.

Be cautious about how you use & how you carry it:

• Wear an ear-piece when on phone-calls & do not use for over 4 hours a day.
• Do not carry in your trouser or coat pocket.
• Clean it often.

Journal Reference Decreases in Psychological Well-Being Among American Adolescents After 2012 and Links to Screen Time During the Rise of Smartphone Technology. Journal Emotion
Recent Comments
Copyright © 2021 yJ - All rights reserved
Any medical information on this website is not intended as and should not in any way be consumed as professional medical advice. You should always consult with a qualified medical professional before following any advice on this website.
Back To Top
×
Search